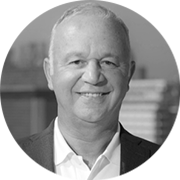 Board of Directors, Member

Founder and Chairman of Sawari Ventures, named as one of the most creative people in the world by Fast Company, Ahmed El Alfi has been an early stage/growth investor for over 30 years, translating to an extensive experience in funding and nurturing early stage companies. In 1990, he founded Hybrid Capital Partners, a private investment partnership. From 2010 to 2013 he founded Sawari Ventures, Flat6Labs, Nafham, and TATP. Flat6Labs is the MENA region’s leading startup accelerator. Nafham is the top Arabic online video educational platform covering the Egyptian, Saudi and Syrian public school curriculums. TATP took over management of half of the American University in Cairo’s Tahrir Square campus to form The GrEEK Campus; a 25,000 square meter office park where over 130 companies work and collaborate. In addition to Sawari Ventures’ investments, his current portfolio includes NeuroTrainer, Pacific Toxicology, and Zignal Labs.
Prior to becoming an early stage investor in 1990, he was Senior Vice President of Jefferies & Company, where he worked for 10 years. He has served on the Boards of Directors or Advisors of several corporate boards as well as multiple academic institutions.